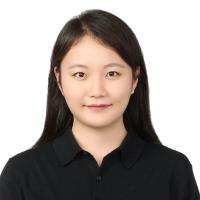 Yoonbin Cho is a Ph.D. candidate in the Comparative Literature & Literary Theory program at University of Pennsylvania. She researches South Korean cinema with an interest in issues of intermediality and transnationalism. In addition to cinema and media studies, her fields of interest include gender and sexuality, postcolonialism and globalization, affect theory and the transpacific. Yoonbin received her B.A. in Comparative Literature and Culture at Yonsei University in Seoul, South Korea.