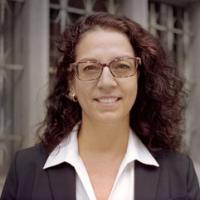 Professor of Russian and East European Studies at the University of Pennsylvania, she has won many awards for her work, and has written six academic books on gender, socialism, and postsocialism, examining the everyday experiences of upheaval and displacement that continue to haunt the region to this day. She is also the author of From Notes to Narrative: Writing Ethnographies that Everyone Can Read and the co-author of Professor Mommy: Finding Work Family Balance in Academia.

Ghodsee’s 2018 popular book, Why Women Have Better Sex Under Socialism: And Other Arguments for Economic Independence, has already had twelve foreign editions, including five translations into the languages of former state socialist countries in Eastern Europe. Her lates book, Second World, Second Sex, will appear in Bulgarian in 2020. Ghodeee's articles and essays have also been translated into over a dozen languages and have appeared in publications such as Dissent, Foreign Affairs, Jacobin, The Baffler, The New Republic, NBC Think, The Lancet, The Washington Post, and the New York Times.

In 2012, Ghodsee was awarded a John Simon Guggenheim Fellowship for her work in Anthropology and Cultural Studies.

She is a former president of the Association of Members of the Institute for Advanced Study (AMIAS) and the Society for Humanistic Anthropology (SHA).