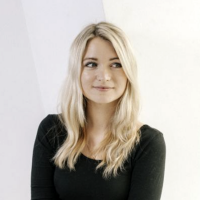 India received her B.A. and M.St. in Classics from UCL and the University of Oxford respectively. She is now interested in exploring classical reception in modernist and contemporary women's poetry. Specifically, she is interested in how classical fragments, particularly the works of Sappho, have been received and re-framed to speak about gender and sexuality, in, for example, the Modernist work of H.D. (Hida Doolittle) and contemporary experimental poets such as Anne Carson. Her general interests include feminism and gender studies; reception studies; reader response theory; translation studies and experimental poetics. She has also explored the post-colonial reception of classical texts, and was awarded the Housman Award in Classics for her dissertation: 'The Villainisation of Odysseus in 20th and 21st Century Literature.'

Copyright © 2021 The Trustees of the University of Pennsylvania
Penn Weblogin