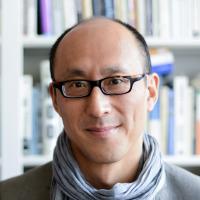 David L. Eng is specialist in American and Asian American studies, Asian diaspora, critical race theory, queer studies, gender studies, and visual culture. He is the author (with Shinhee Han), most recently, of Racial Melancholia, Racial Dissociation: On the Social and Psychic Lives of Asian Americans (Duke, 2018) and The Feeling of Kinship: Queer Liberalism and the Racialization of Intimacy (Duke, 2010). His current book project, “Reparations and the Human,” investigates the relationship between political and psychic genealogies of reparation in Asia during the Cold War. In 2016, he was elected an honorary member of the Institute for Psychoanalytic Training and Research (IPTAR) in New York City.