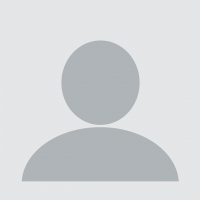 Alex Moshkin is a SSHRC postdoctoral fellow in the Centre for Comparative Literature at the University of Toronto. He is a scholar of global Russophone literature, cinema, and visual art in the late 20th and early 21st century. His research focuses on contemporary Russian literature and culture in Israel, contextualized in a comparative framework with other Russian-speaking diasporic formations in the United States, Germany, and Canada, and set against the origins of these trends in Russia and the former Soviet Union. He is currently working on a book project, Russian-Israeli Culture: In Search of Identity, that examines how Russian-speaking émigrés to Israel created a cultural identity for themselves in synch with the Israeli society. In addition, he is also editing an English-language anthology of contemporary Israeli poetry by Russian-speaking immigrants.

Copyright © 2020 The Trustees of the University of Pennsylvania
Penn Weblogin