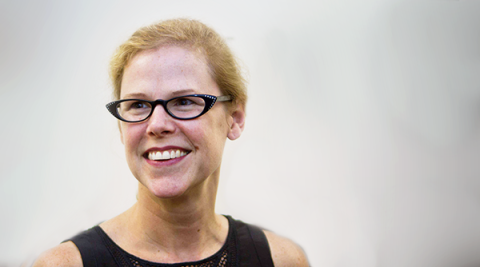 The Penn Public Lectures on Classical Antiquity and the Contemporary World

This third lecture in the series lays out several ways the study of antiquities may still be understood as mattering for the public today, focusing on the process of scholarship and specifically the acts laid out in the title and tackling some of the most pressing challenges to the construction of “classics” now. The Penn Public Lectures aim to advance the public good in the United States through lively, rigorous, and timely engagement with the classical past.

Joy Connolly began her service as President of the American Council of Learned Societies on July 1, 2019. A scholar of ancient Roman rhetoric and political thought and their enduring influence in modernity, she came to ACLS after serving as provost and interim president of The Graduate Center of The City University of New York, the principal doctorate-granting institution of the nation’s largest public urban university. Prior to joining CUNY, she was dean for the humanities in the Faculty of Arts and Science (2012-2016) and director of the College Core Curriculum at New York University (2009-12).

The series is supported by the Arete foundation in honor of Edward E. Cohen.